FREE SHIPPING ON ALL ORDERS OVER $75!

Within the history of Nike and Jordan Brand, Chicago most certainly holds a special place — and with All-Star Weekend making a return to its borders, the umbrella had no choice but to pull out all the stops. Touting “By Chicago, For Chicago,” the imprint’s works stretch passed renowned artists and designers with their 8×8 initiative while then fleshing out a breadth of coveted staples such as the Air Jordan 1 in its 1985 shape as well as a wealth of basketball signatures. With guest appearances from notables such as Virgil Abloh, Lyrical Lemonade, and Chance the Rapper’s non-profit, there’s a lot to look forward to, so keep reading if you want the full scoop. 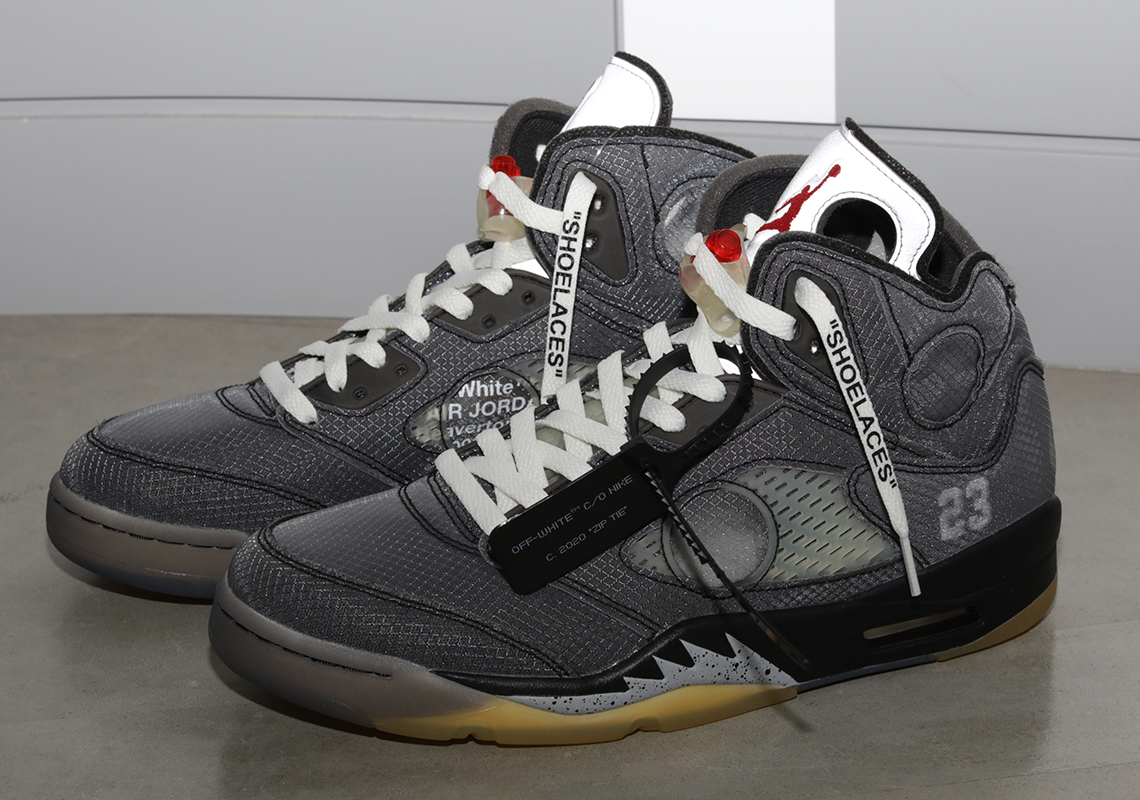 Fresh off his runway show, it’s not the first time we’ve seen Off-White’s forthcoming Air Jordan 5 — lying next to reimagined tailoring and clean cuts at his Paris Fashion Week event, the pair was dressed somewhat simply with incisions to its side profile. The material, which was said to be difficult to work with, turned the collaboration’s existence into a feat in and of itself. 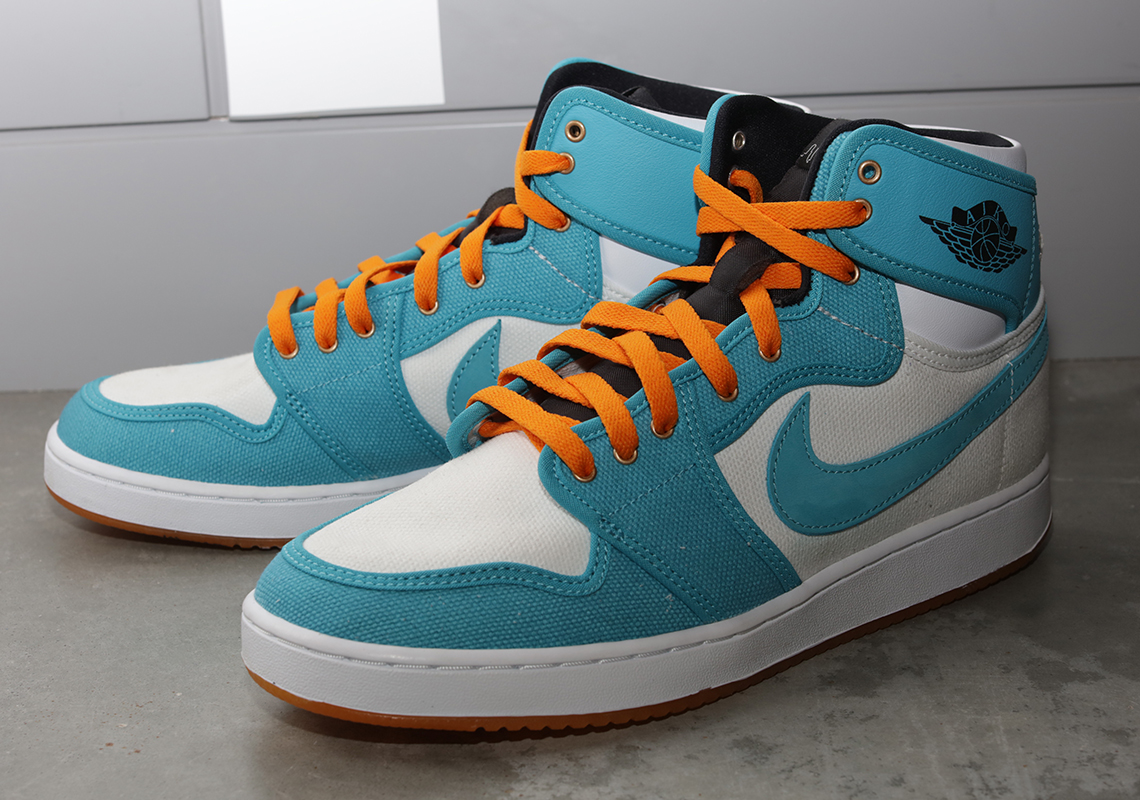 With the mention of Chicago, it’s certain that a few names come to mind, but in terms of hip-hop, it’s almost impossible to forget Chance The Rapper, the native whose influence has done good for the community he bears obvious love for. SocialWorks, the artist’s non-profit, holds that as their mission, enabling the youth to learn about their passions and then act on them. Its this selflessness that earned them an AJKO with light blues along its overlays and a bright orange along the swoosh — two of their color signatures. 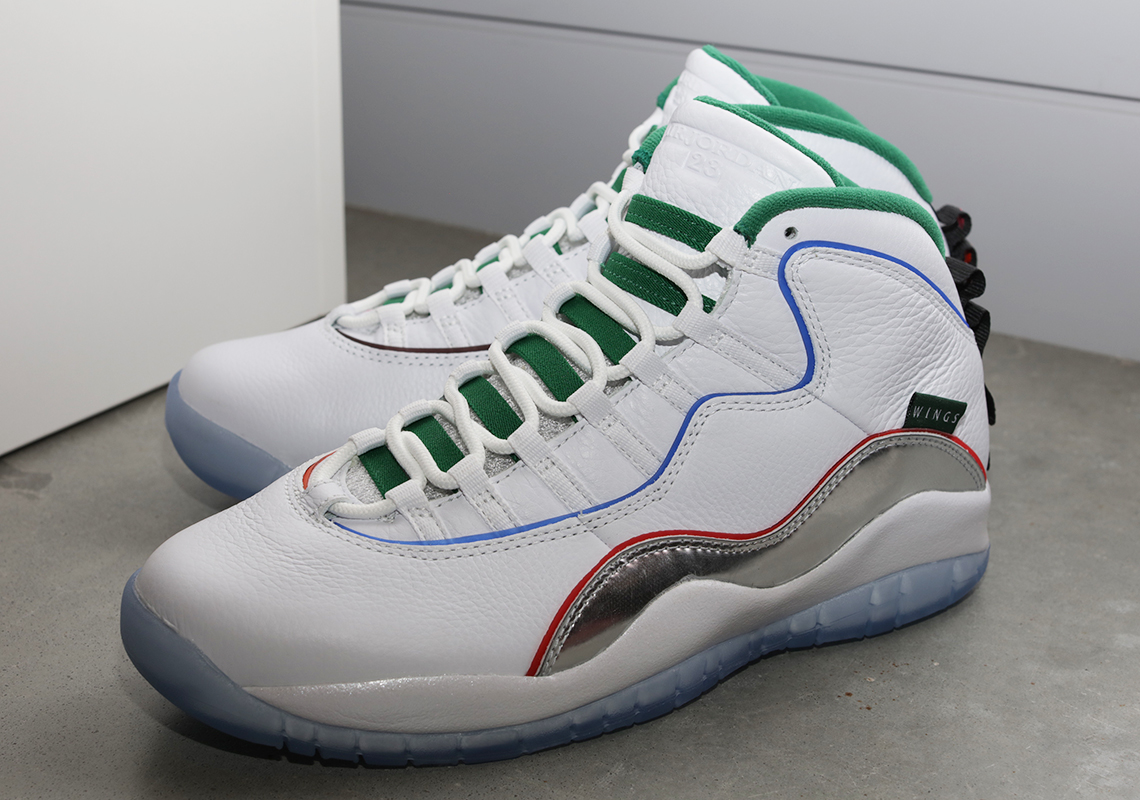 Taking commercial spots nationally, Jordan Brand’s UNITE campaign has slowly started to plant the seed since September, evening tasking inline collaborators such as Westbrook to take further part. But for All-Star Weekend, they have much more in store — one being a vibrant Air Jordan 10 in reinstatement of the “Wings” program. Colorful dots line the accentuated heel pulls, with each corresponding to the piping find elsewhere on the white leather constructions. 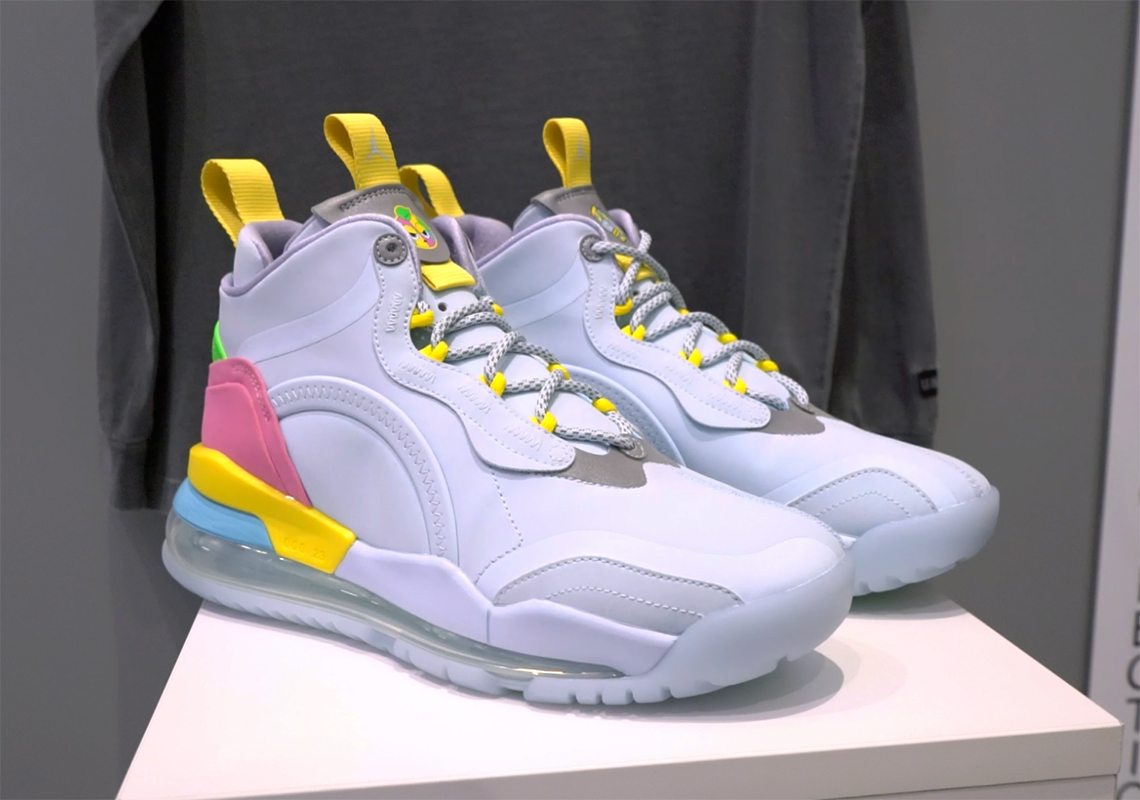 Founded in 2013, Lyrical Lemonade became one of the who’s who in the music industry, though not for bars or resounding beats but for its coverage as a blog as well as founder Cole Bennett’s artistic direction. Seen at the title card’s of many an artists’ MV, the classy and colorful carton has gone from having a quick second of screen time to a front cover on its very own Jumpman collaboration — specifically on the Aerospace 720. 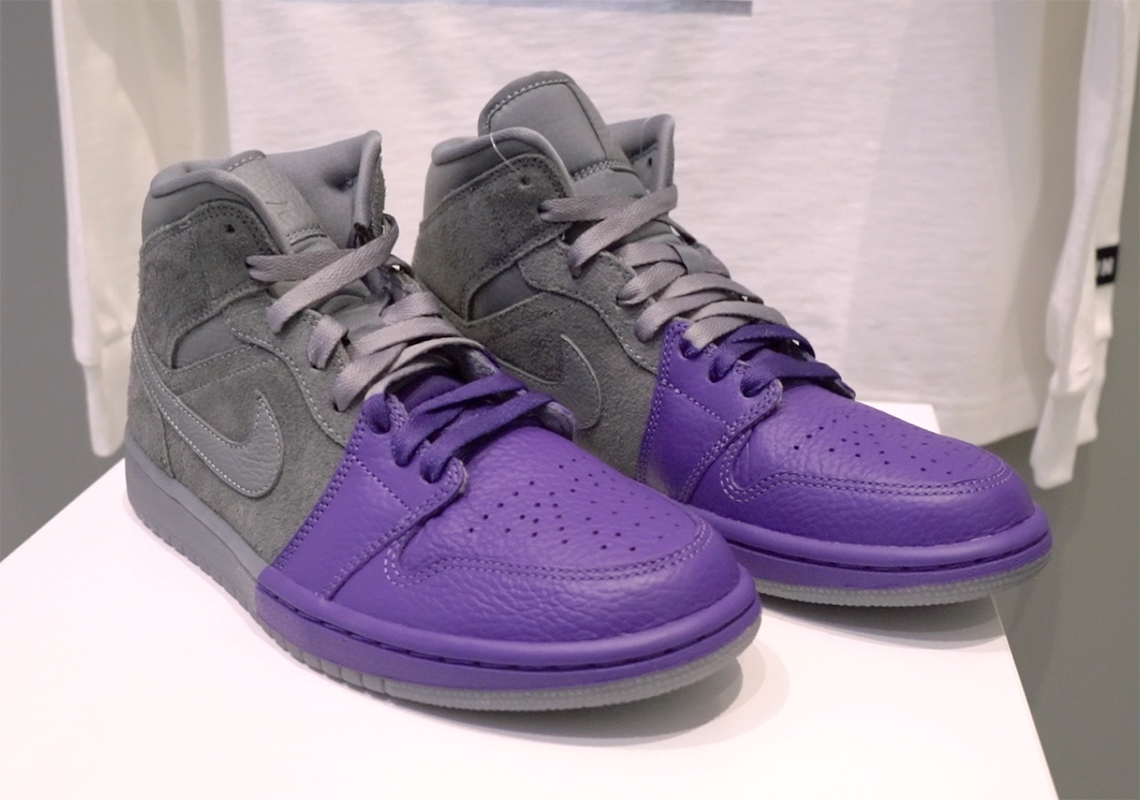 Yet another notch in the “UNITE” campaign, Sheila Rashid’s Air Jordan 1, which was revealed by way of official images earlier this week, retains a bespoke ethos that directly nods to the designer’s vibrant energy. Suede fabrications outfit much of the presentation, though it speaks in high volume via its contrast toe — one that departs not only by tumbled leather fabrications but also in a sultry purple tonality. 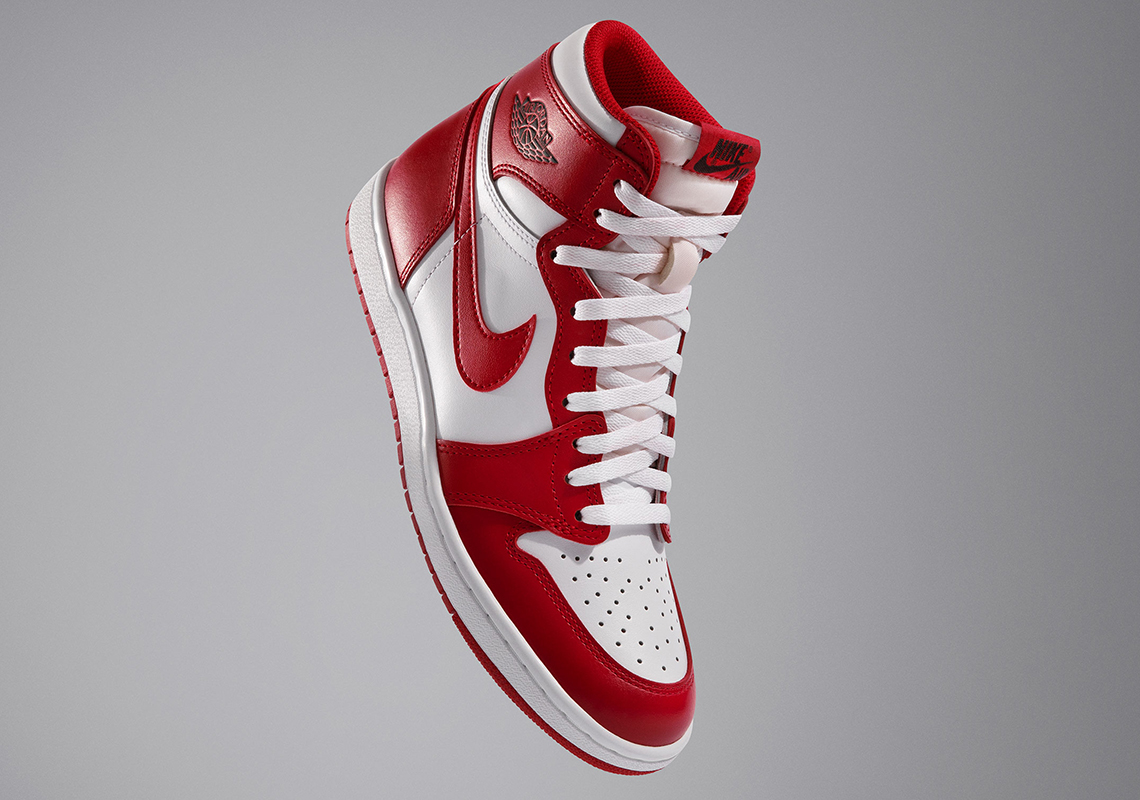 Well-regarded as one of the most anticipated Jordan releases of the new decade, the Air Jordan 1 ’85 evokes pure nostalgia, recreating the shape stitch by stitch and detail by detail. Dubbed “New Beginnings,” the pack’s initial colorways line up with heritage colors though they arrive lensed through an arrangement seemingly brand new. 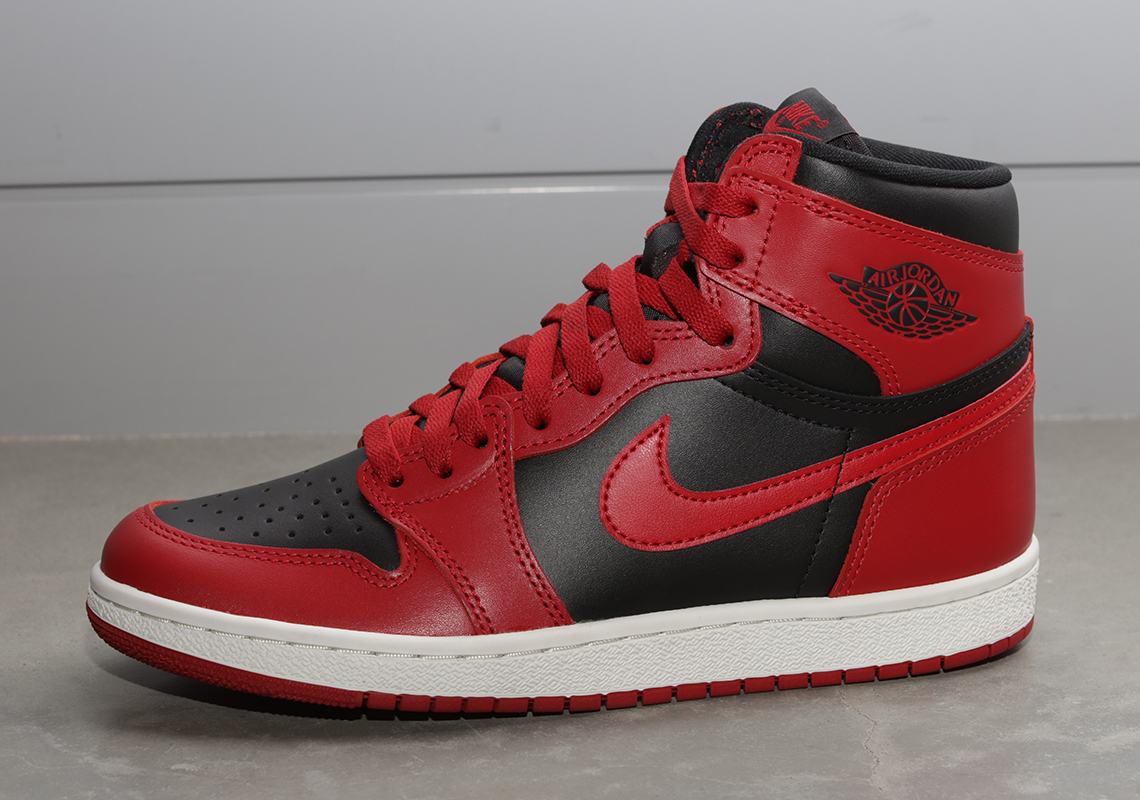 Arriving in singles, the next Air Jordan 1 ’85 plays on the coveted “Banned” colorway, flipping the script with colors in a way akin to an alternate reality. 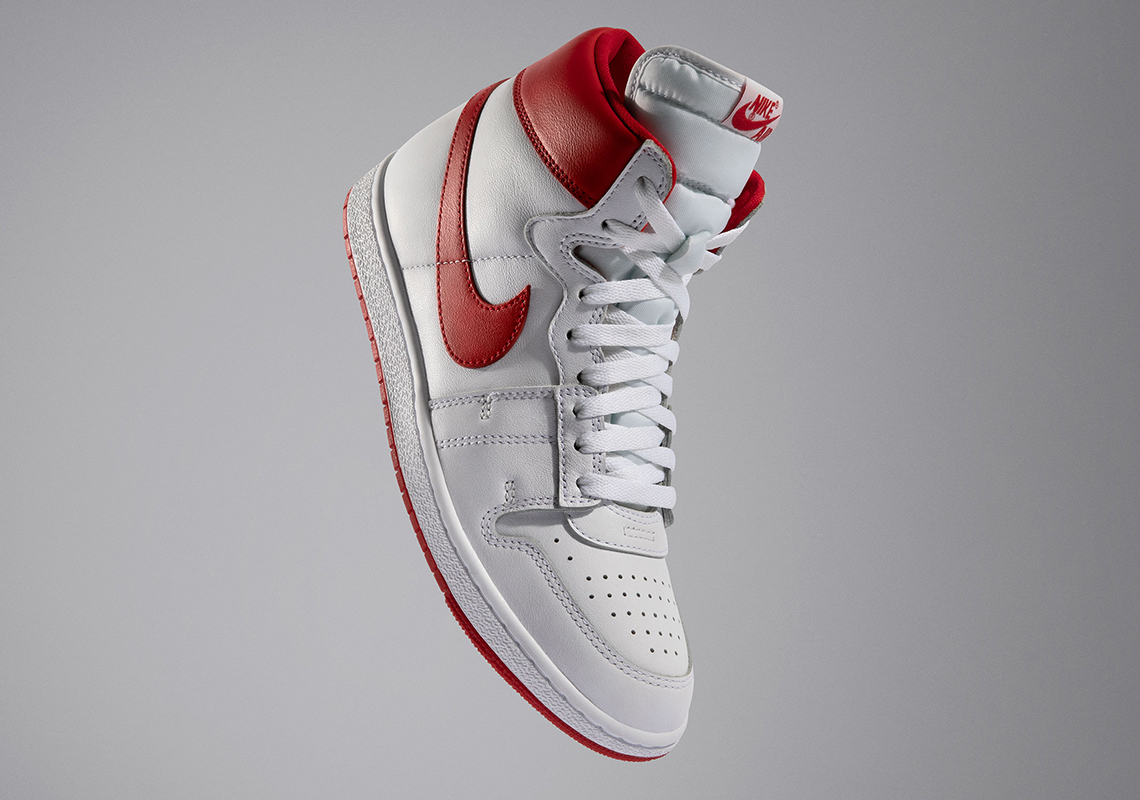 One half of the aforementioned “New Beginnings” pack, the Nike Air Ship winds the clock far, far back, taking up the silhouette that was actually banned by the NBA years prior. And with it yet to hit the scene in true-form fashion, the upcoming release is something historic to say the least. 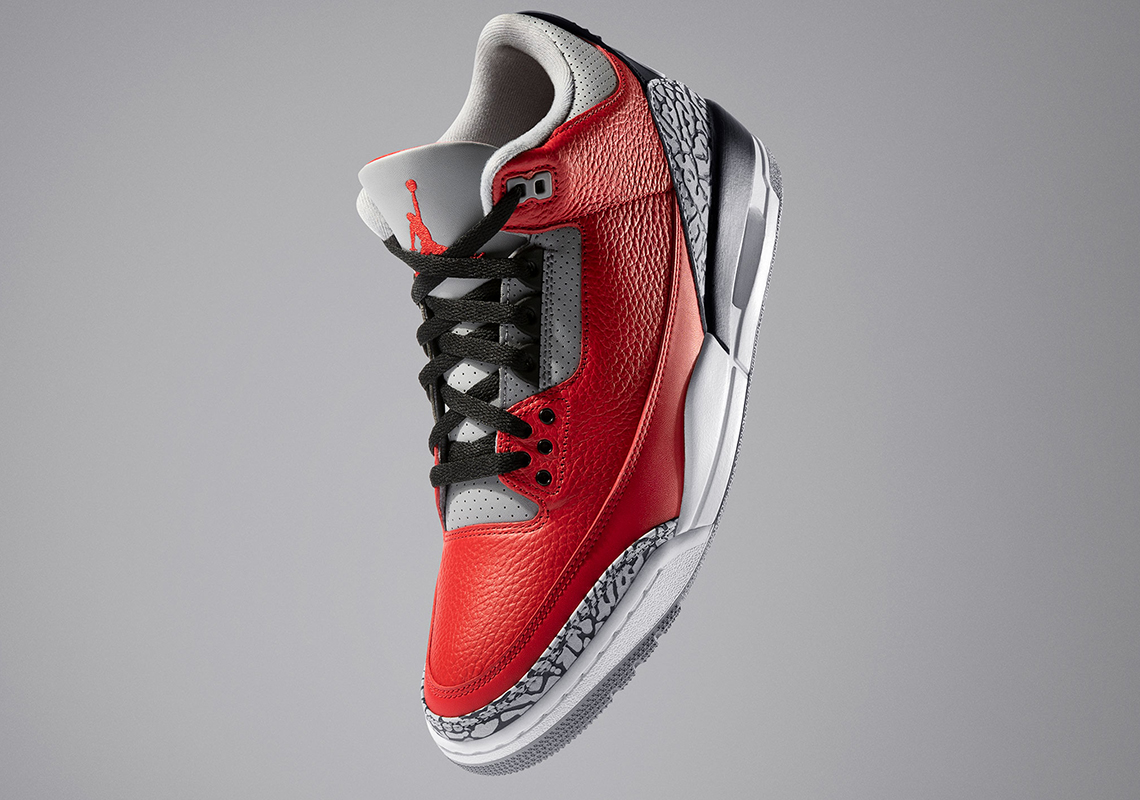 Wearing the general guise of DJ Khaled’s collaborative rendition from a few years prior, the upcoming All-Star focused Air Jordan 3 shines apart with its predominantly red colorway. Though what’s most striking is not its colors but the logos at the heel — retaining the “Nike Air” for its wider run while exclusively reserving “Nike CHI” for the Windy City. 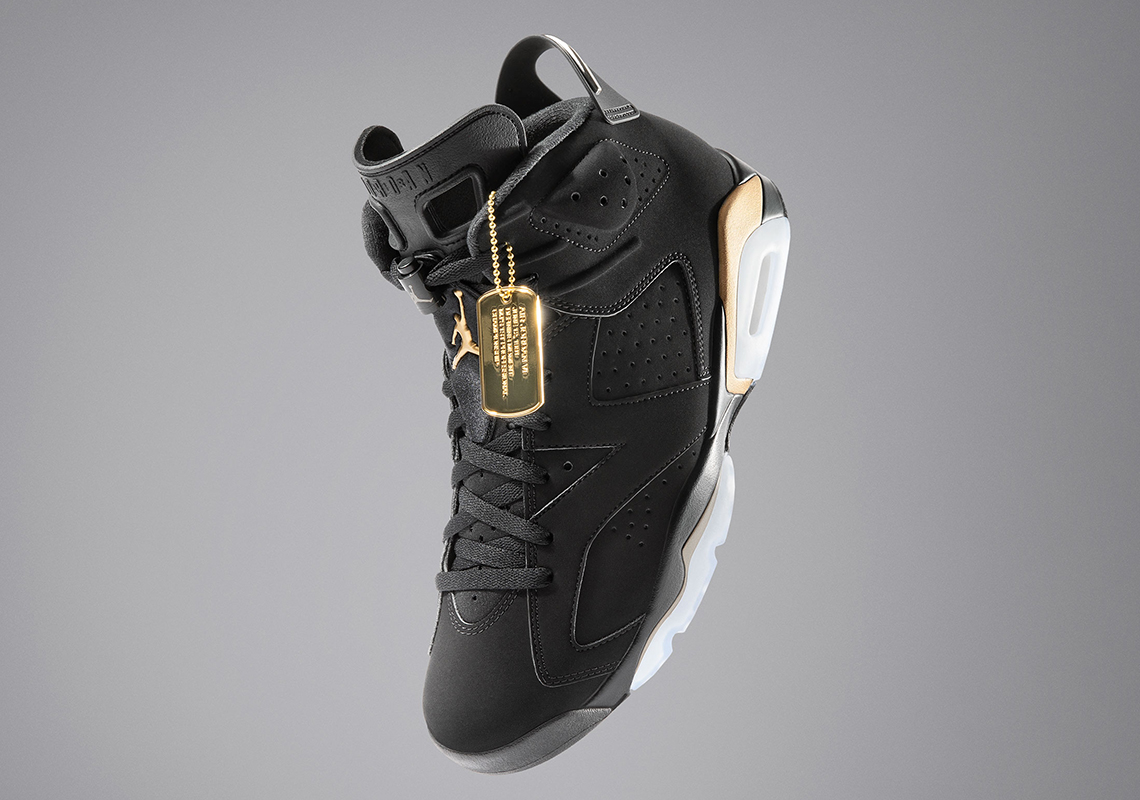 The Defining Moments Pack is just as it sounds — an influential piece of MJ history. But with the arrival of All-Star Weekend in Chicago once again, it’s fitting to have the Air Jordan 6 make its return. 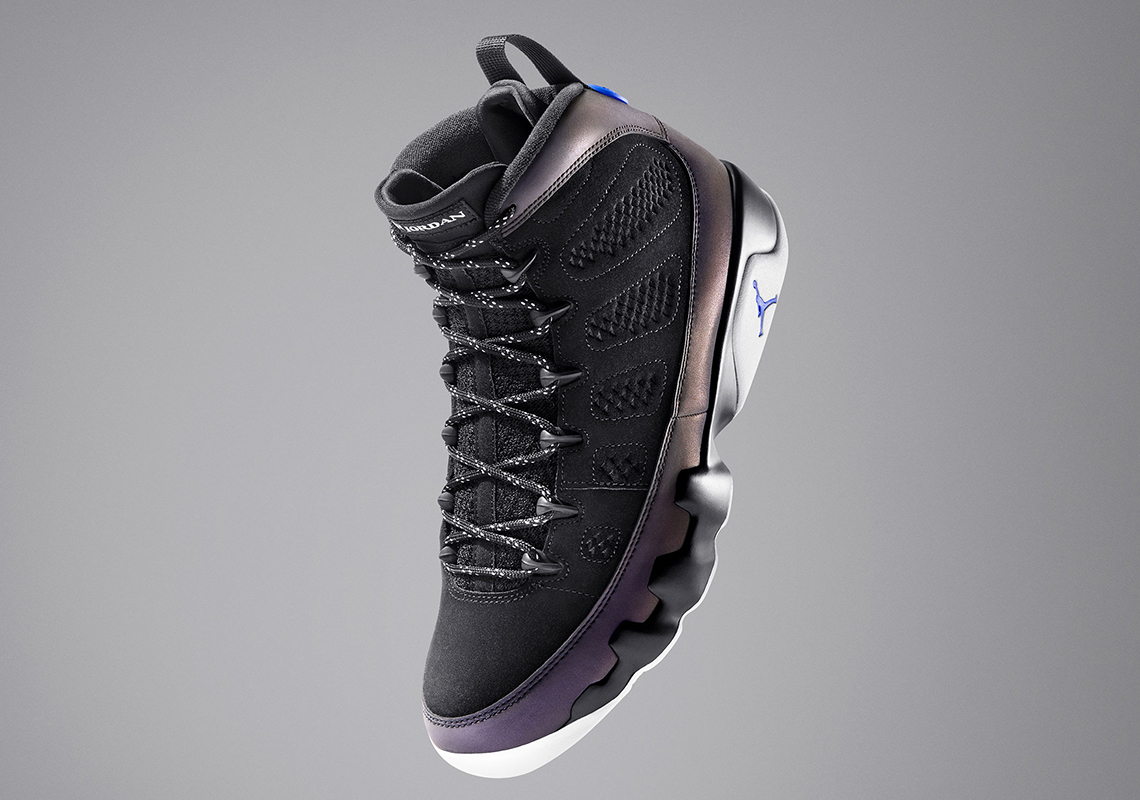 The Air Jordan 9 rarely sees the attention it deserves, so any colorway is worth the mention, but the upcoming “Racer Blue” scheme shines the silhouette through a filter seemingly versatile with a cameo appearance from iridescent finishes. 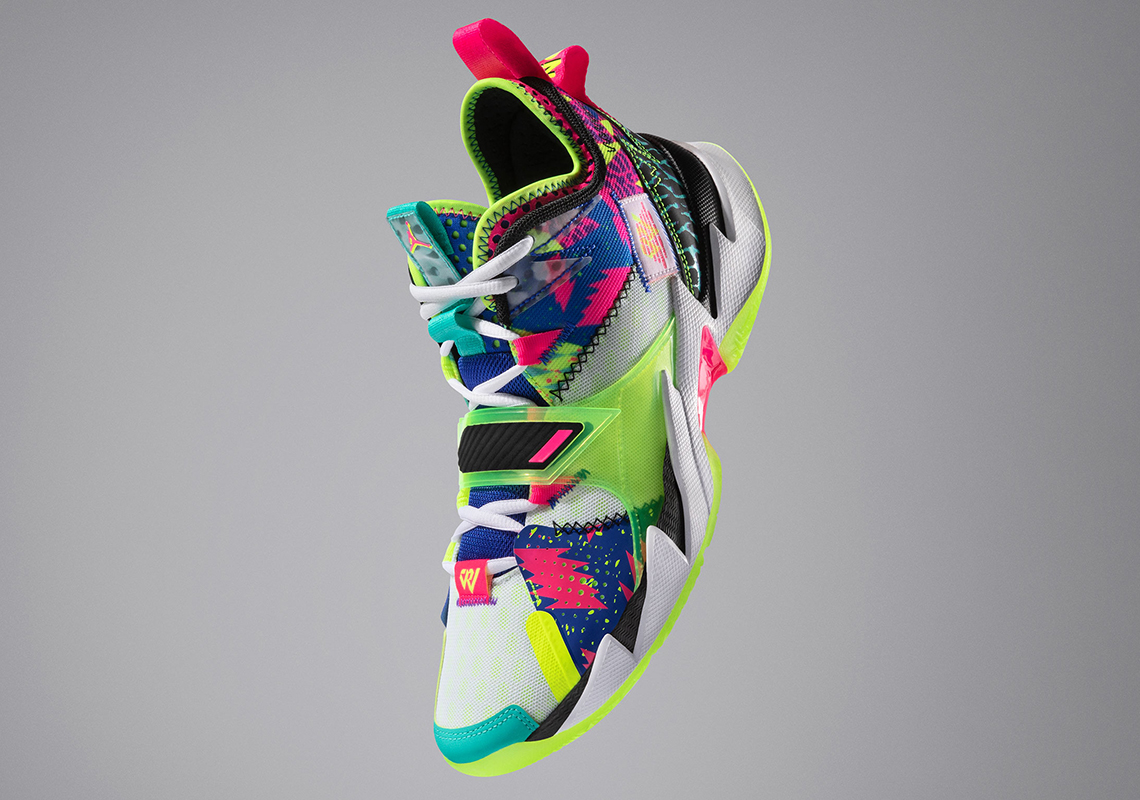 Reflective of the athlete from which it hails, this Why Not Zer0.3 rounds off the internal series with a colorway chaotic, mimicking that of retro design language wth loud prints, vibrant neons, and a seemingly random overall design. 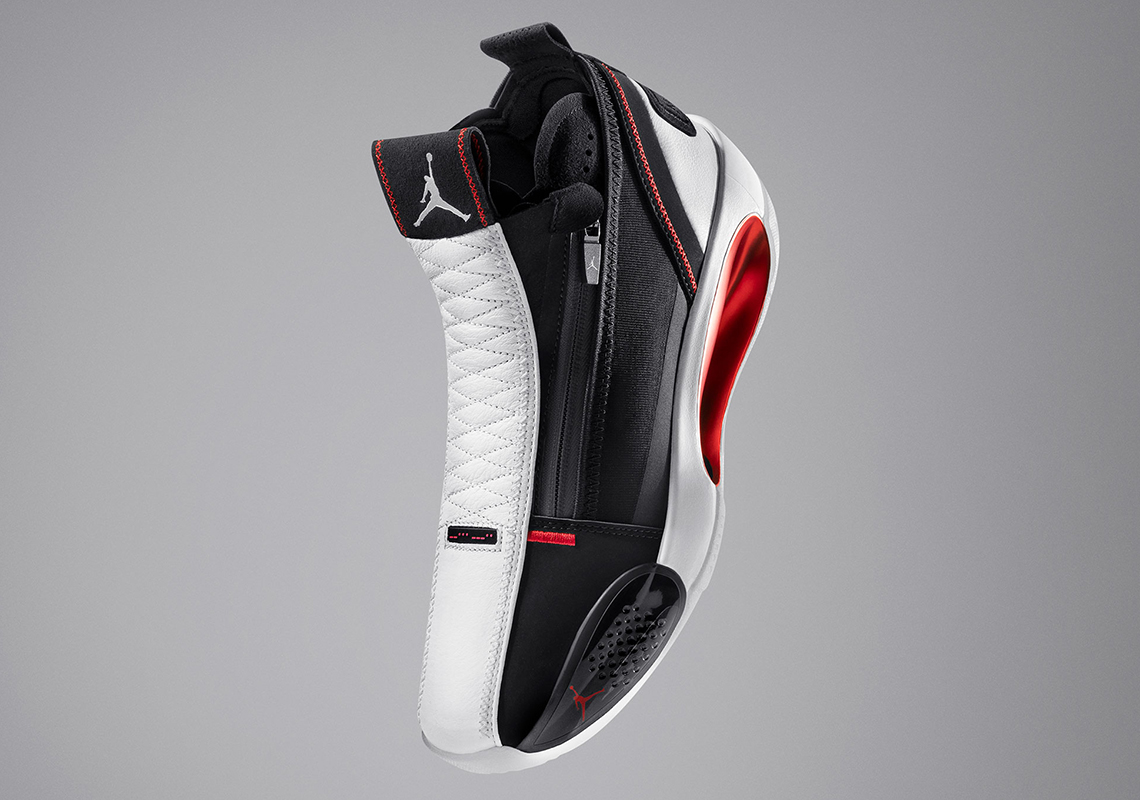 The Air Jordan 34 then goes on to dress more subtly with homage to the brand’s history, lining with black and red tones on a construction that affixes with a newfound zipper shroud. 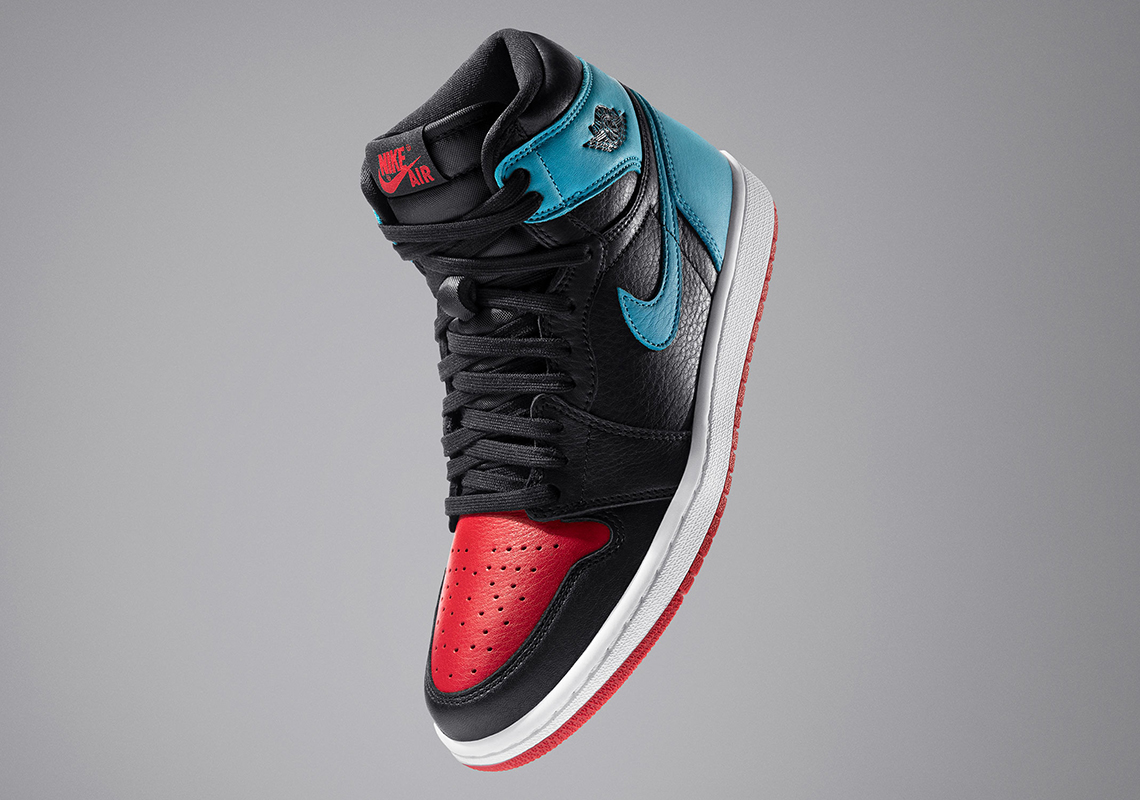 Just adjacent, the Air Jordan 1 “UNC To Chicago” pays homage to some of the most notable colors in the Jumpman pantone: the loud blue covers halfway, with a tumbled leather finish surrounding the toe’s obvious nod to the iconic “Bred.” 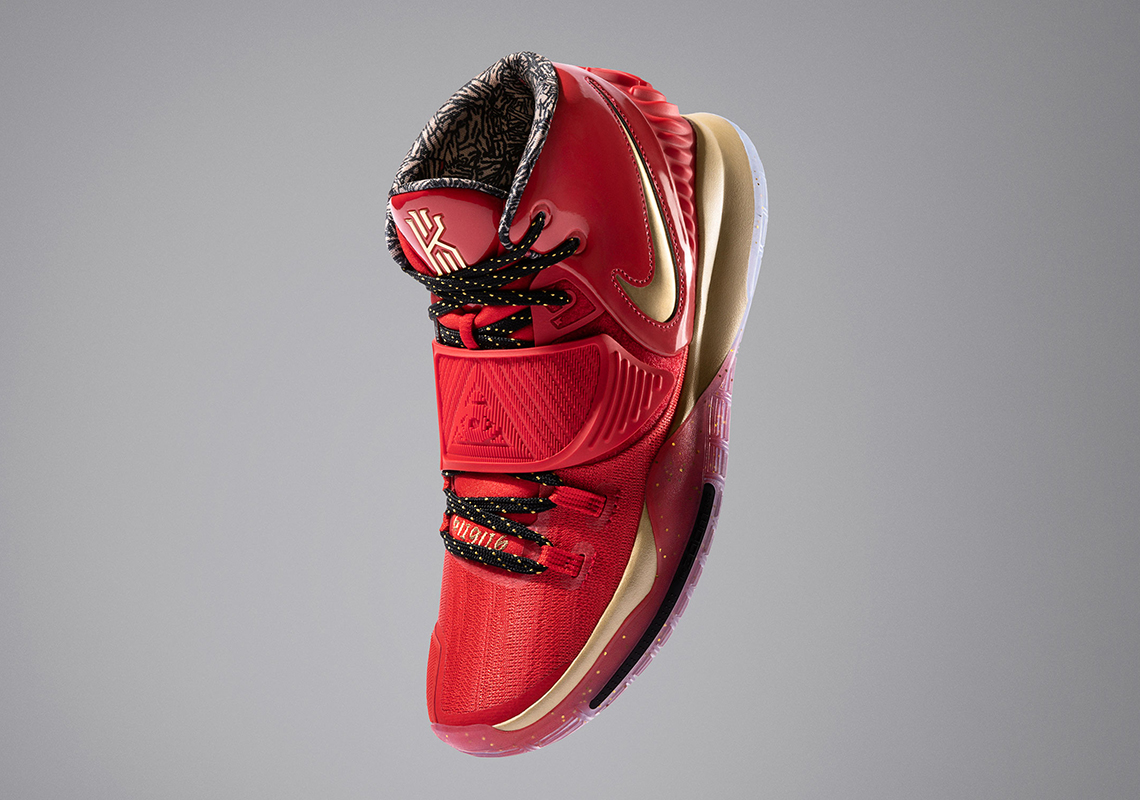 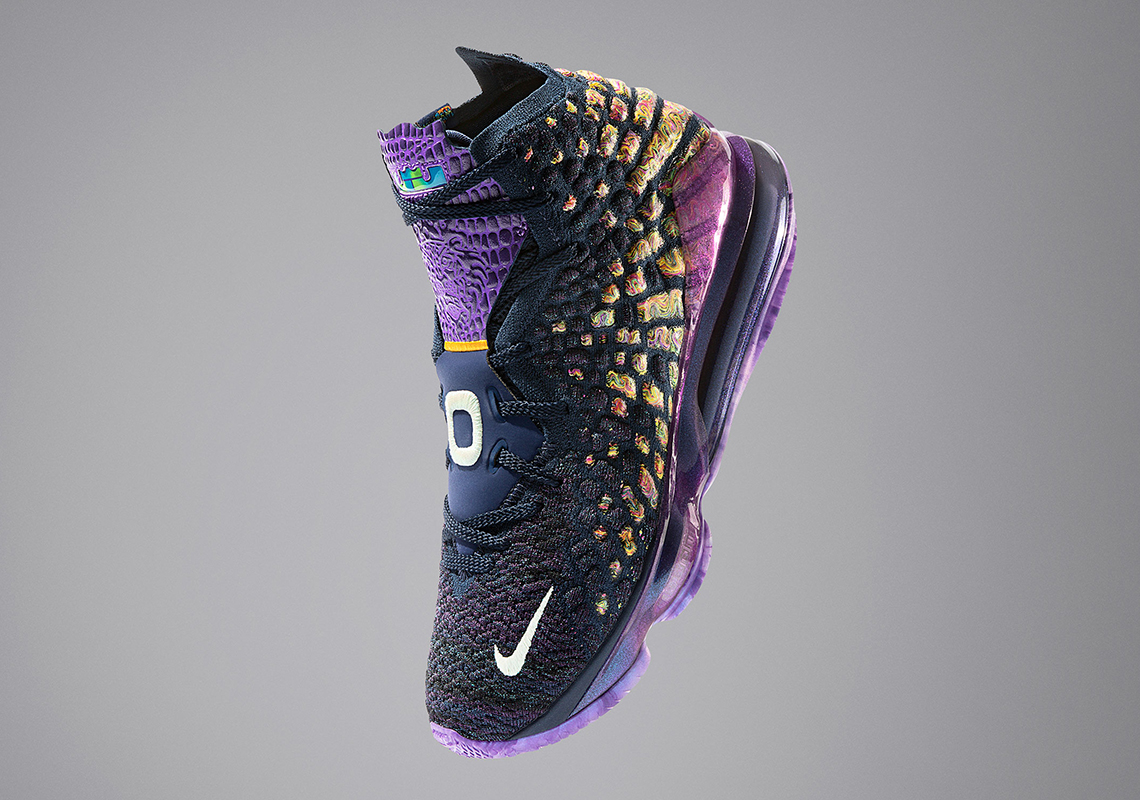 Usurping the leading role in Space Jam 2, LeBron James is set to reveal his acting chops — but before the athlete takes the big screen, Nike is introducing some commemorative colorways for the LeBron 17 with the first taking on the “Monstars” signature colors. 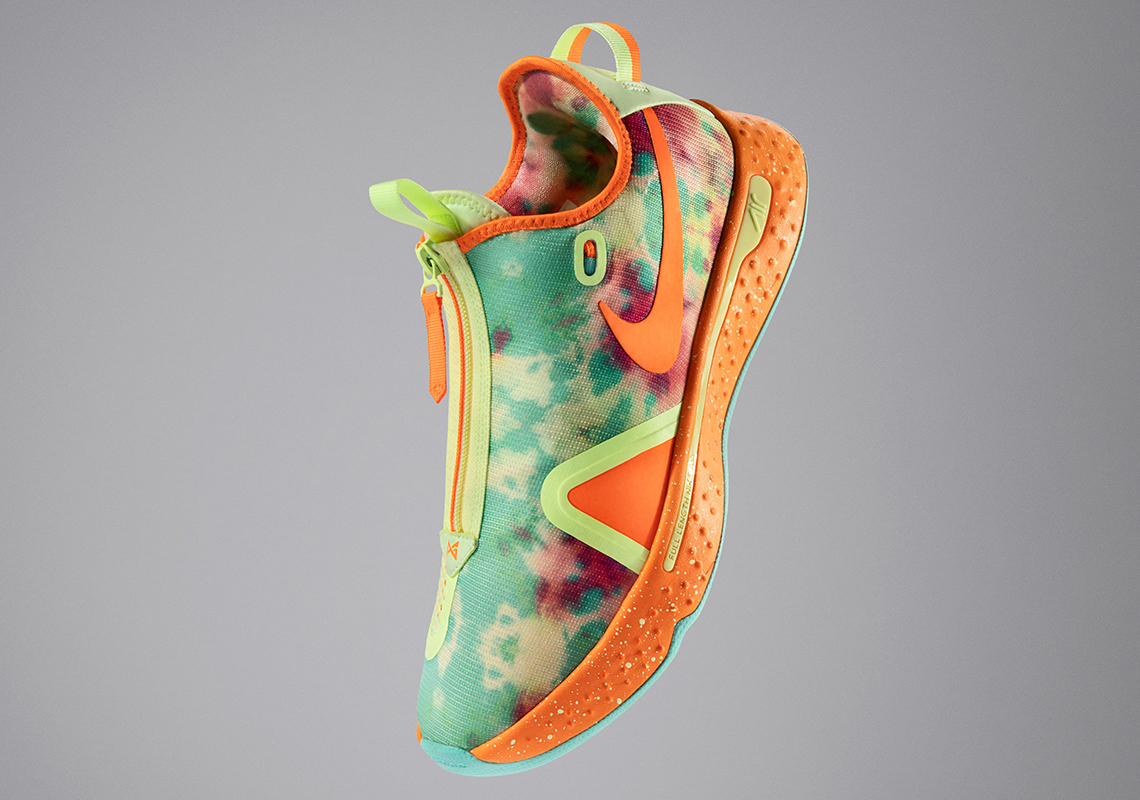 The third edition in the Gatorade-inspired lexicon, the Nike PG4 “ASW” infuses almost every one of Paul George’s favorite flavors within the beverage’s product line to produce a vibrant tie-dye print. 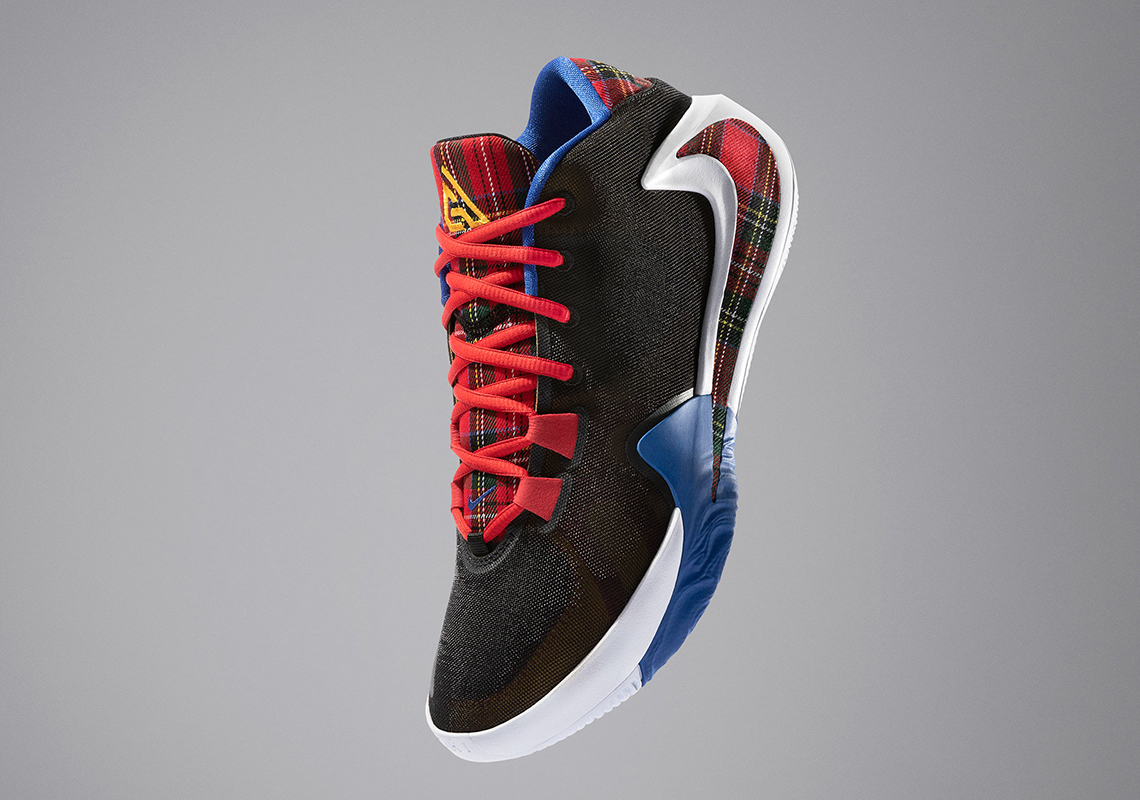 Giannis and his Nike Zoom Freak 1 have made the world well aware of their love of film — “Coming to America” to be specific — and its latest entry into what is now a trilogy taps the diegetic fast food chain for inspiration. 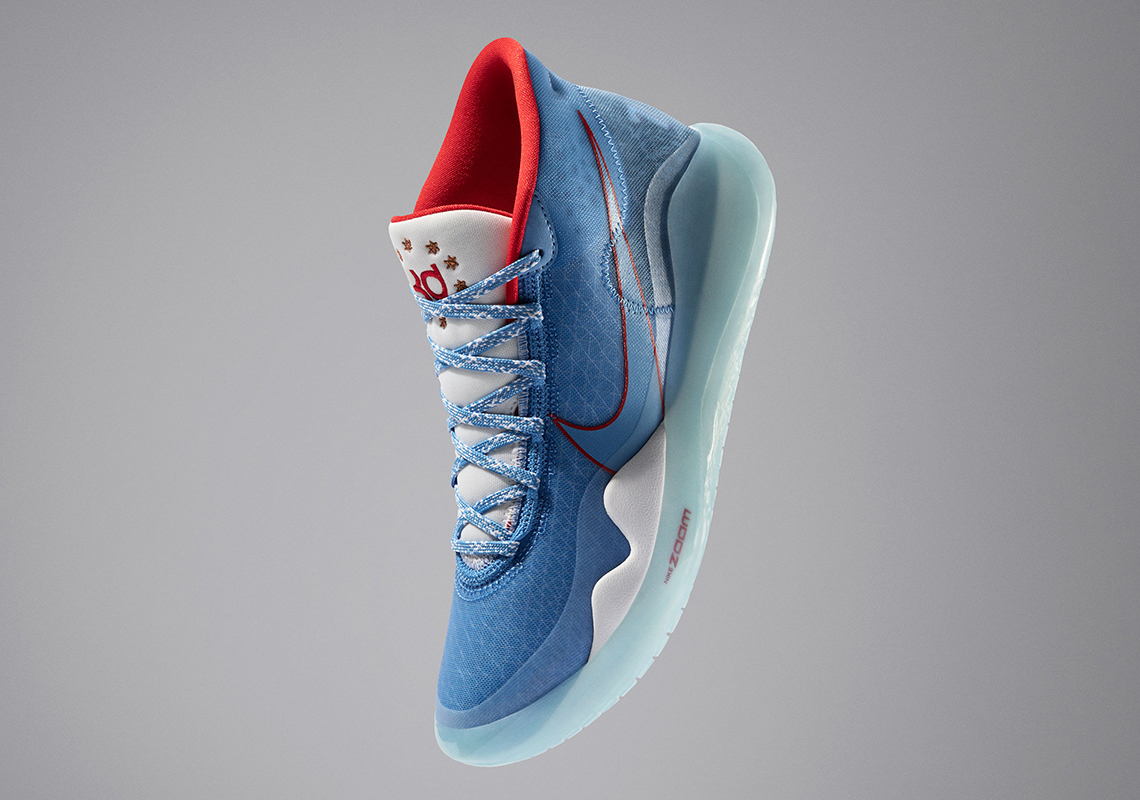 Don C’s collaborative run continues well into the veins of the Nike umbrella, unveiling one even with the KD 12; its scheme, colorful and imaginative, paints with loving homage to the Chicago flag. 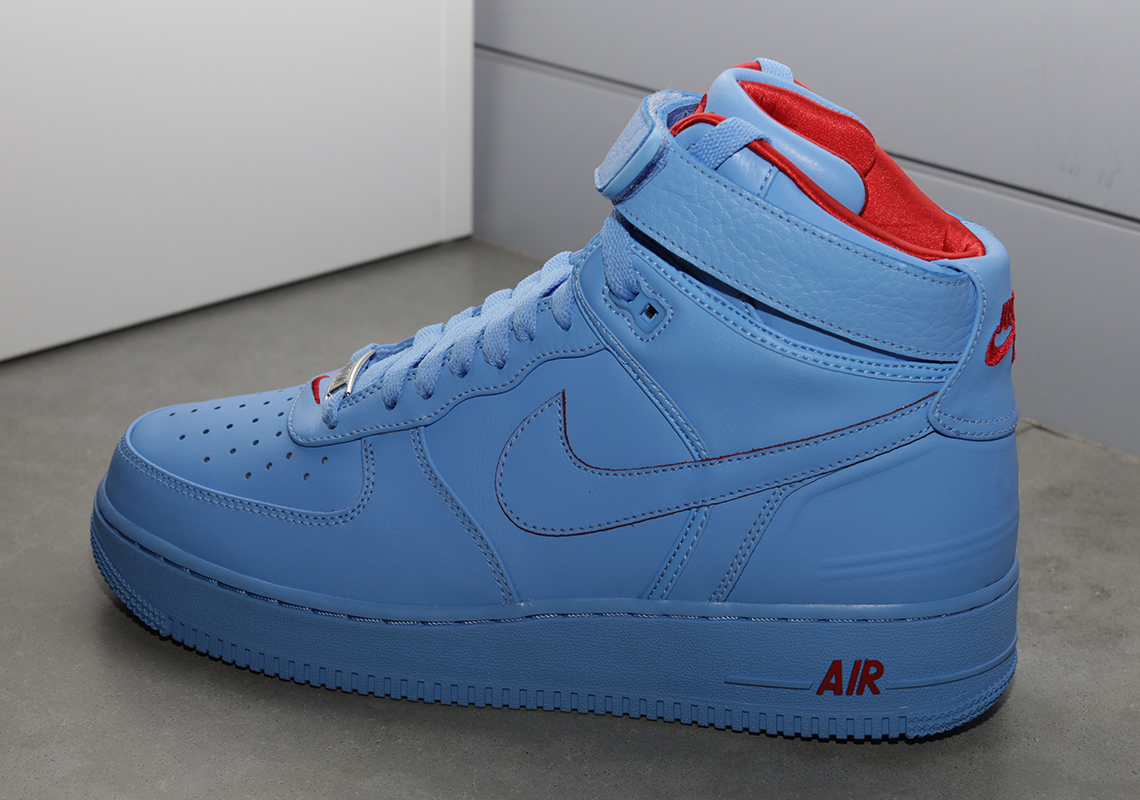 And just as the performance staple takes on the loud blue and red palette, so does the Air Force 1 hybrid produced by Don C years prior.

Free shipping for orders above 85$ Dismiss